Iran: Ailing prisoners left to die amid crisis of impunity for fatal denial of medical care 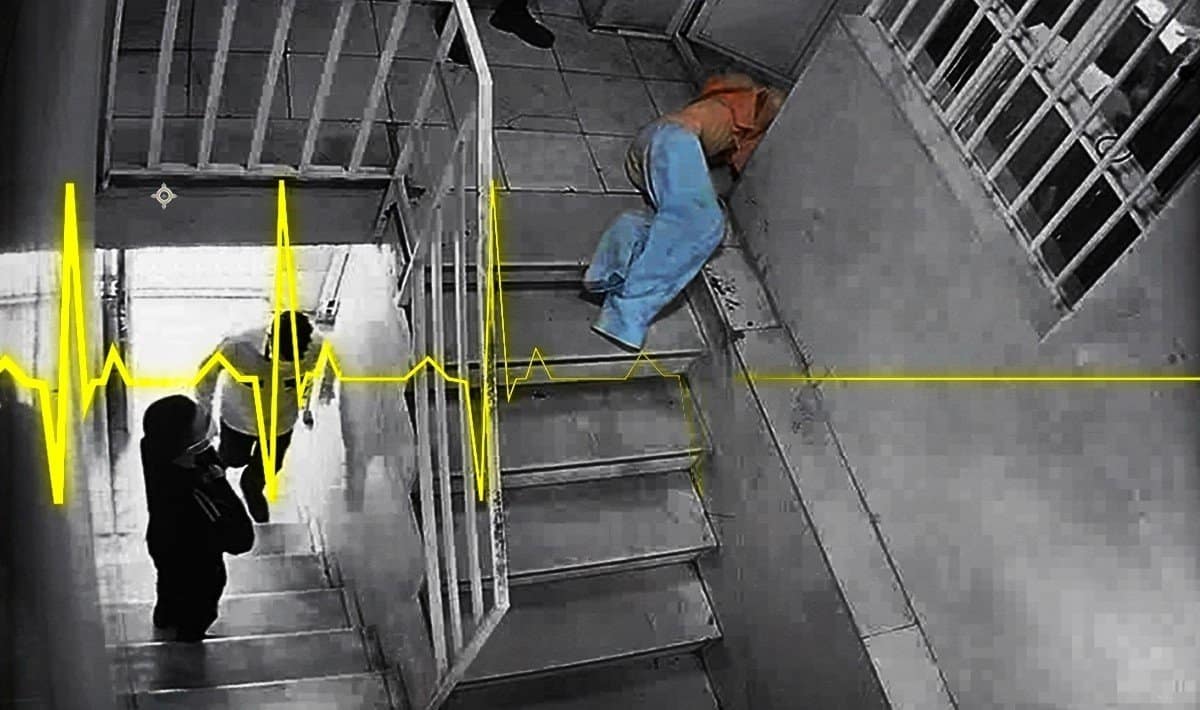 Iranian prison officials are committing shocking violations of the right to life by deliberately denying ailing prisoners lifesaving healthcare and refusing to investigate and ensure accountability for unlawful deaths in custody, Amnesty International said today. In a new briefing, In death’s waiting room: Deaths in custody following deliberate denial of medical care in Iran’s prisons, the organization documents how prison authorities routinely cause or contribute to deaths in custody, including by blocking or delaying prisoners’ access to emergency hospitalization.

Consistent with entrenched patterns of systematic impunity in Iran, to date, the authorities have refused to conduct any independent and transparent investigations into deaths in custody involving reports of denial of medical care and have failed to ensure that those suspected of criminal responsibility are prosecuted and punished.

“Deaths in custody resulting from the deliberate denial of healthcare amount to arbitrary deprivation of life, which is a serious human rights violation under international law. A prisoner’s death in custody also constitutes an extrajudicial execution, a crime under international law, if those responsible either intended to cause the death or knew with a sufficient degree of certainty that death would be the necessary consequence of their unlawful actions, yet persisted.”

The briefing, which details the circumstances surrounding the death in custody of 92 men and four women in 30 prisons in 18 provinces across Iran since January 2010, is based on Amnesty International’s documentation of a selection of illustrative cases, long-term findings on deliberate denial of access to adequate healthcare in Iran’s prisons, and a comprehensive review of reporting by independent human rights group.

The 96 cases reviewed are illustrative, rather than exhaustive, since the true number of deaths in custody is likely far higher. This is because human rights violations in Iran often go unreported due to well-founded fears of reprisals.

The list of cases excludes deaths in custody involving credible reports of physical torture or the use of firearms, which Amnesty International addressed in a separate output in September 2021.

The organization also documented how prison officials frequently deny prisoners access to adequate healthcare, including diagnostic tests, regular check-ups, and post-operative care, throughout their imprisonment, which leads to worsening health problems, inflicts additional pain and suffering on sick prisoners, and ultimately causes or contributes to their untimely deaths.

In Iran, prison clinics are not equipped with the facilities required for addressing complex health problems. Nor are they staffed by an adequate number of qualified general practitioners, let alone medical specialists, who are only required to visit for one or several hours during the week “as needed”. As a result, prisoners who experience medical emergencies and need specialized medical care must always be immediately transferred to outside medical facilities.

Abdolvahed Gomshadzehi died in the main prison in Zahedan in May 2016. Prison doctors had warned that he needed hospitalization, but officials had refused. Human rights groups said the 19-year-old, who was a child at the time of arrest, died of neglected blood clots in his brain which had resulted from beatings sustained during his arrest and/or interrogations two years earlier. During his imprisonment, his multiple requests for treatment had been denied.

Diana Eltahawy, Amnesty International
Sixty-four out of the 96 prisoners, whose cases Amnesty International reviewed, died in prison. Many died in their prison cells which means they were not given basic medical supervision in their final hours. Some died while held in poorly equipped and staffed prison clinics.

At least 26 prisoners died during transfer or shortly after admission to hospital, following deliberate delays by prison medical staff and/or prison officials, which proved fatal.

In at least six cases, critically ill prisoners were moved to solitary confinement, punishment wards, or quarantine sections; four of them died alone in prison while two were eventually authorized for hospital transfers, but it proved too late.

In many cases, both prison clinic medical staff and prison officials accused prisoners experiencing medical emergencies of “faking” or “exaggerating” their symptoms.

For example, Nader Alizehi was accused of “faking” his illness by the head of the clinic at the main prison in Zahedan. He died in November 2017, at the age of 22. According to human rights groups, Nader was refused specialist medical care for his heart disease and sent away by clinic staff with gastrointestinal medication.

Prisons with high populations of oppressed minorities feature particularly heavily – 22 of the 96 deaths recorded took place in the prison in Urumieh, West Azerbaijan province, where most prisoners are from Kurdish and Azerbaijani Turkic minorities. Thirteen deaths were recorded at the main prison in Zahedan, Sistan and Baluchestan province, where prisoners mostly belong to Iran’s oppressed Baluchi minority.

At least 11 prisoners died after being denied adequate healthcare for traumatic injuries resulting from specific incidents that occurred at the time of arrest or during imprisonment. The other 85 prisoners died after being denied adequate medical care for serious medical emergencies involving, among things, heart attacks and strokes, gastrointestinal complications, respiratory complications, kidney problems, Covid-19 or other infectious diseases, which either emerged suddenly or were related to pre-existing illnesses for which they had not received adequate specialized healthcare throughout their imprisonment.

The cases of 20 prisoners were of a political nature. The remainder had been convicted of or charged with non-political offences.

The crisis of systemic impunity prevailing in Iran has emboldened prison officials to persist with deadly denial of medical care to prisoners.

The crisis is characterized not only by the authorities’ systematic refusal to investigate, but also by their promotion of narratives praising the quality of health services offered to prisoners as “exemplary” or “unparalleled” throughout the world, which indicates that they have no intent to change course.

Given this context, Amnesty International reiterates its call for the UN Human Rights Council to set up an investigative and accountability mechanism to collect, preserve and analyse evidence of the most serious crimes under international law and human rights violations committed in Iran to facilitate fair criminal proceedings.

“The shadow of death will continue to cast over Iran’s ailing prisoners until effective, thorough, transparent, impartial and independent investigations are conducted to determine the circumstances surrounding deaths in custody and the responsibility of those involved in the deaths,” said Diana Eltahawy.

The shadow of death will continue to cast over Iran’s ailing prisoners until effective, thorough, transparent, impartial and independent investigations are conducted to determine the circumstances surrounding deaths in custody and the responsibility of those involved in the deaths.

Diana Eltahawy, Amnesty International
To prevent further avoidable loss of life as a result of denial of vital medical care, Amnesty International is urging Iranian authorities to require, in law and practice, that, pending structural improvements in prison clinics, prisoners experiencing medical emergencies are immediately transferred to medical facilities outside prison. Prisoners diagnosed with serious pre-existing illness or displaying signs and symptoms of what may be serious health problems must similarly be promptly transferred to medical facilities outside prison for adequate medical care.

Amnesty International also calls on the Iranian authorities to reform deeply flawed provisions in Iran’s prison regulations, which grant prison directors and prosecution officials the power to ignore or overrule medical advice and make healthcare decisions concerning the transfer of prisoners for treatment.